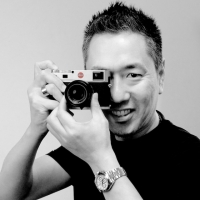 Works in a wide range of genres, including portraiture, large venue concerts, and sports. Photos have a reputation for emotional impact, and have been featured in newspapers, magazine, and advertisements.

In recent years, he has expanded his expertise in video production, editing and drone photo-and videography, moving into music video and movie genres. Licensed to operate drones in both U.S. and Japan.

Licensed to operate drones in both U.S.(including U.S. territories) and Japan